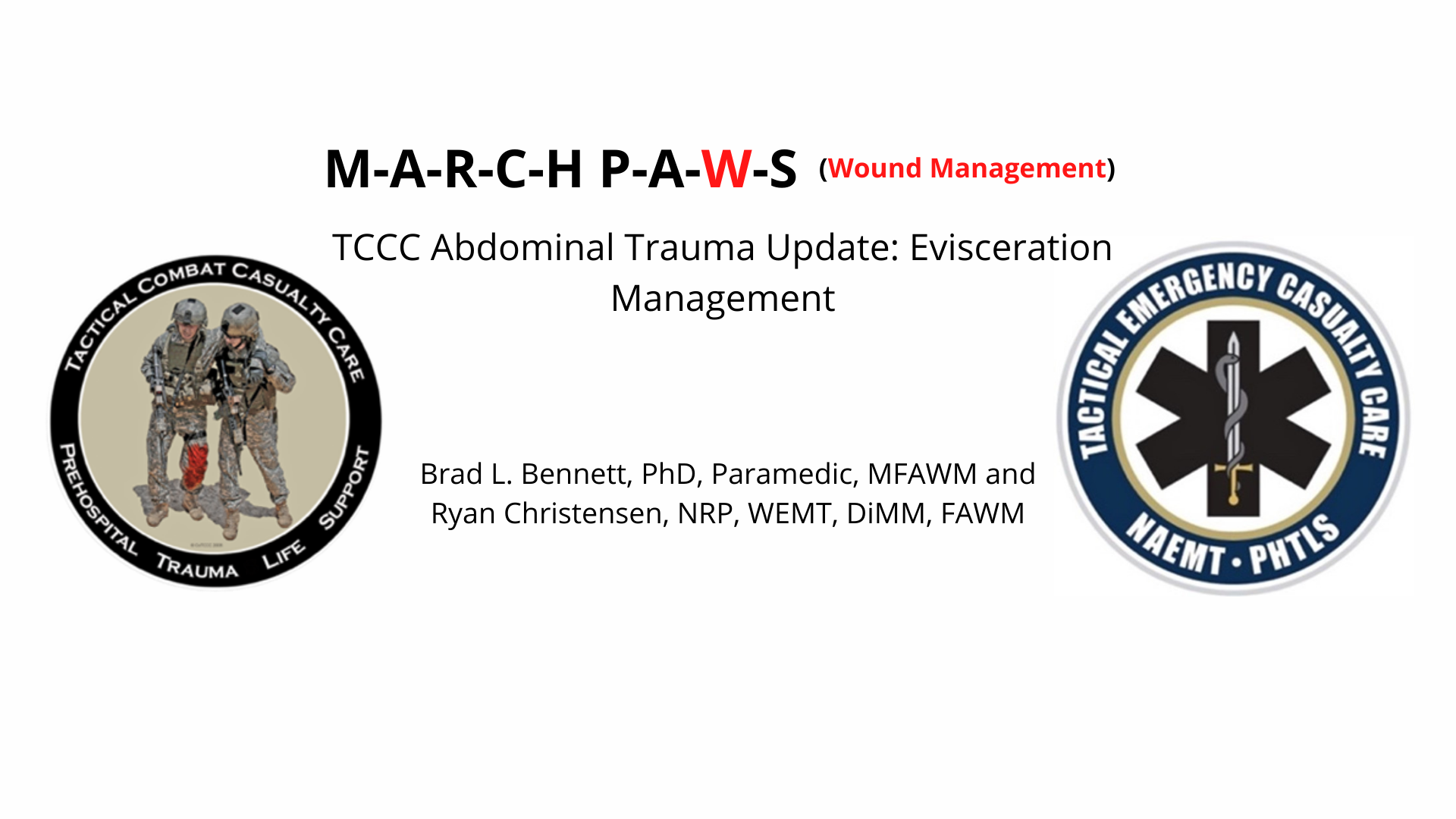 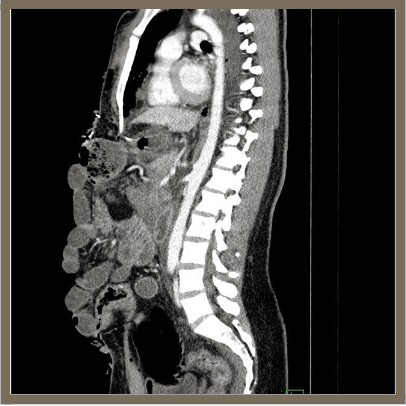 Historically, armed conflict with bladed weapons have created many organ eviscerations from abdominal wounds that result in high mortality due to hemorrhagic shock and peritonitis. In World War I, bayonets were used for close-quarters combat, and many surgeons considered patients with abdominal penetration injury to be triaged as expectant (not expected to live). More recently in military conflicts in Iraq and Afghanistan, abdominal wounds were ~9.4% of all combat injuries. It was reported that 81% of all abdominal injuries were from bomb fragments, 17% from gunshot wounds (GSWs) and 2% from motor vehicle accidents (MVAs). It is estimated that 20% of combat casualties have abdominal trauma, and about one-third of those casualties have an evisceration. In civilian trauma, the abdomen is the third most injured region associated with bowel or mesenteric injury, primarily caused by MVAs. An organ evisceration is often considered a secondary injury that is more common with penetrating injury, and significantly less observed with blunt trauma.

The Wilderness Medical Society (WMS) has a long history with military medicine due to the key similarities of wilderness medicine with austere environments, limited manpower and resources, and delayed evacuation. Starting in the late 1990s, the WMS hosted a preconference, “Wilderness Medicine Scenarios for Military Special Operations”. Dr. Frank Butler, Jr. and others from the TCCC group wrote 11 tactical medical scenarios with relevance to wilderness medicine. The conference organizers invited 15 subject matter experts (SMEs) to address how to manage these patient scenarios by using the 1st generation of the TCCC guidelines in 1996.

Each scenario was presented by one SME and then discussed by the panel members, and the attendees. In Scenario 6: Gunshot Wound to the Abdomen, a casualty had an evisceration as a secondary complication associated with the GSW. Even though this scenario addressed how to manage the GSW and the evisceration, the original 1996 TCCC guidelines did not specifically list evisceration management recommendations. Additionally, subsequent TCCC guidelines updates did not address abdominal evisceration until 24 years later. All 11 tactical scenarios and medical management approaches can be viewed in a 1998 special issue of the Wilderness and Environmental Medicine. 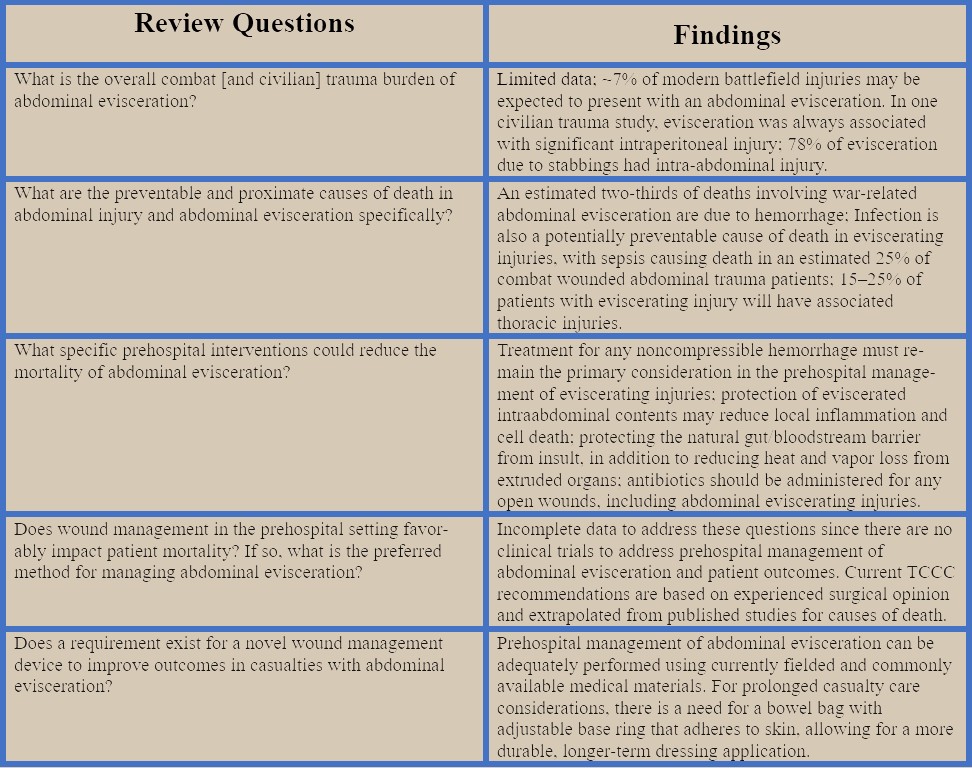 There are excellent UpToDate reviews for abdominal trauma management caused by either blunt, gunshot, or stab wounds in adults and pediatrics. In the prehospital setting, it is recommended to assess patients with an evisceration by using the MARCH PAWS algorithm so that all life threats are managed initially. This mnemonic stands for Massive Hemorrhage, Airway, Respirations, Circulation, Communications, Hypo/Hyperthermia and Head Injuries, Pain Control, Antibiotics, Wounds, Splinting. All eviscerations are considered a distracting injury that can redirect the provider’s attention. This can inadvertently delay a rapid trauma assessment for emergent management, e.g., major bleeding, or airway obstruction, etc. The management of an evisceration should occur in the wound management phase using PAWS. Furthermore, since an evisceration is an indication for an immediate surgical laparotomy, early preparation for evacuation to definitive surgical care is essential. See Table 2 for the CoTCCC working group recommendations for managing an abdominal evisceration as listed in the summary of TCCC guidelines - see the section titled Summary of 2020 Changes.

Other evisceration management guidelines can be reviewed in the Prehospital Trauma Life Support, and the Advance Trauma Life Support textbooks for the civilian EMS personnel and clinical providers. These are not austere environment guidelines since they address short-term, and not extended field care evisceration management in the prehospital or hospital setting. 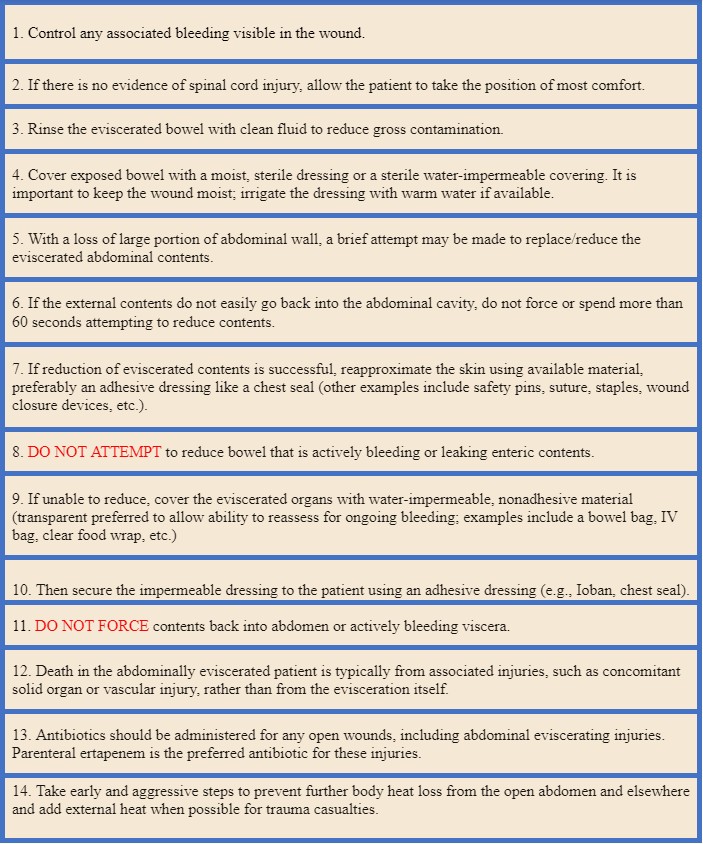 The CoTCCC develops excellent trauma training resources when a trauma topic gets added to the TCCC guidelines. A good example is the abdominal evisceration management skill cards that can be download and used in a step-by-step treatment approach – See Figures 1a and 1b. 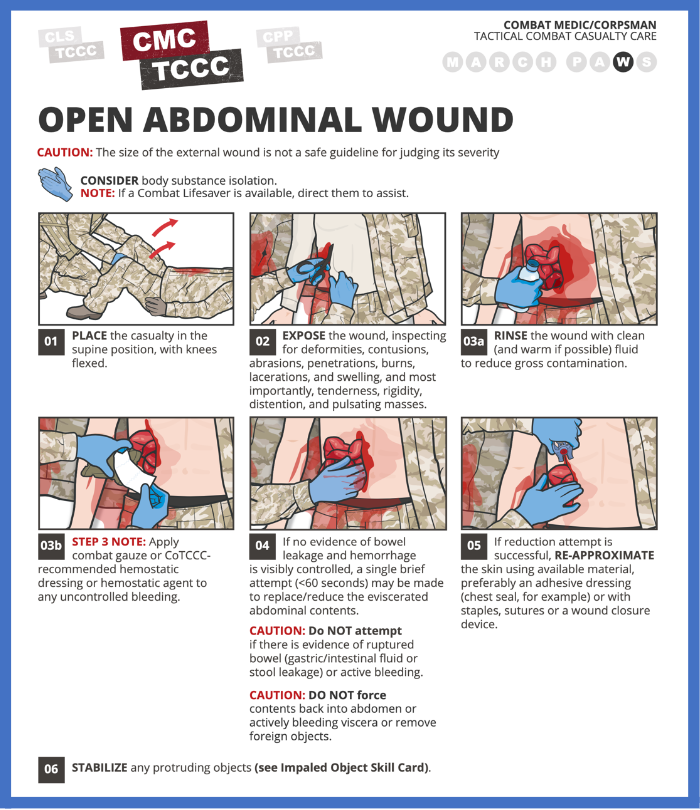 Figure 1a. CoTCCC recommendation for prehospital management of an abdominal evisceration (Steps 1-6). 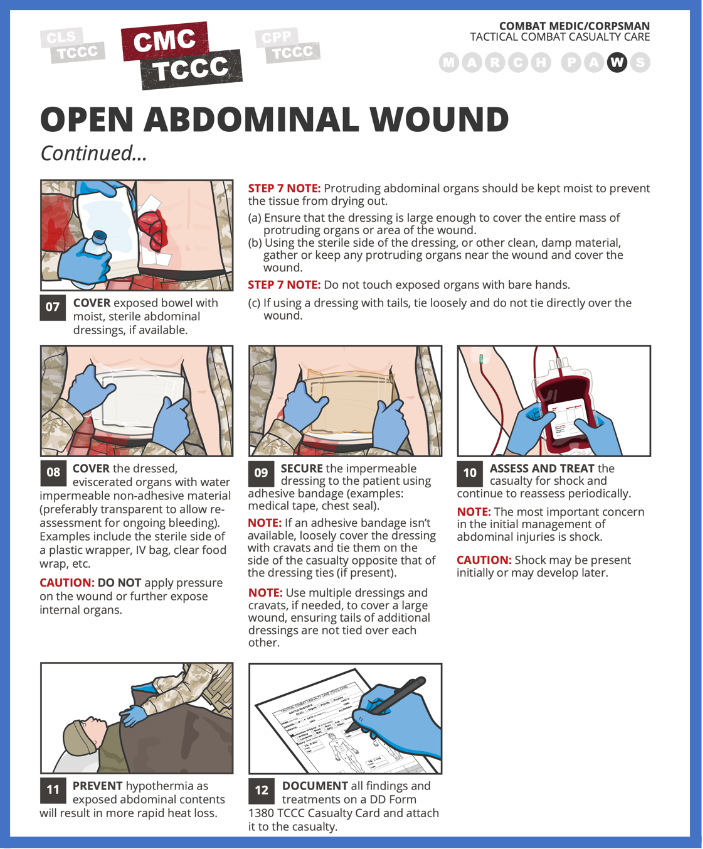 Figure 1b. CoTCCC recommendations for prehospital management of an abdominal evisceration (Steps 7-12).

Since wilderness medicine has both acute and extended field care emphasis, the evisceration management recommendations from the CoTCCC, and along with the Prolonged Casualty Care (PCC) guidelines (PCC are Department of Defense clinical practice guidance to direct casualty management over a prolonged period of time in austere settings) should be considered. In an article published in the Wilderness & Environmental Medicine special edition 2017, the relevance of PCC (formerly called Prolonged Field Care) to wilderness medicine is presented. The PCC guidelines provide evisceration management recommendation during extended field care – see page 141 in the 2021 TCCC guideline evisceration management article, that includes the following:

There are very relevant military and civilian lessons learned for managing abdominal evisceration that can be considered for both acute and extended field care in the backcountry. Some key take home points are: 1) Do not be distracted by an organ evisceration; 2) Conduct a rapid trauma assessment using the MARCH PAWS algorithm, and manage all life-threatening injuries before moving to the wound care section; 3) Follow the new TCCC management recommendations in Table 2; 4) It is essential to minimize core temperature loss from an open abdomen, and particularly when combined with trauma-induced hypothermia; and 5) A stable patient with an evisceration still needs immediate evacuation planning to definitive care for primary internal injury assessment.